Oblivion 17
Cheers! To you to me, to what we were, to what we are and to what we will be…Cheers to Us!
For a woman who grew up disliking the very chore of cooking, she had done well for herself. Koforowola Martins chuckled as she dug into the supplies container to pick a plier; she bent down to work on her gas pipe. Why gas wouldn’t leave the cylinder and make its way into the cooker was beyond her.  She tried to light the cooker, to her delight it yielded as she was about to place the pot of water on fire, it went off.
“What rubbish is this”, she hissed.
Sat down at Martha’s favorite chair, she sent a quick message to Mark about the state of the gas. He was handy with gadgets. Apparently, he was not online for his message did get a read sign. She made her way into the store and brought out the soup from the refrigerator. Her kitchen boasted of world class appliances and equipment. She loved to get creative with food and thrill her family with healthy diets. She dropped the bowl of soup on the counter to thaw a bit and went about her work with the gas pipe,
“The traffic back home was…” Biyi’s voice trailed off when he saw his wife on the floor “Er, what’s going on here?”
“There is a problem between the pipe and the cooker” she had a sheepish look about her face and sounded breathless
“Kofo, get up” he said quietly but firmly as he circled her to put off the gas “I have told you times without number that I  don’t need you stressing yourself over cooking, or other chores and cylinders. What do you want to eat?”
“I was going to boil some yam cubes for your dinner” she said
“And you think feeding me is more important than being well?” he playfully pinched her nose “let’s eat out”
She pulled at his tie “seriously?”
He nodded; Olabiyi, the man she married disliked eating out; right from the very start of their relationship, when she knew only how to oil water. He had made it clear that if she wanted to marry him, it was not going to change. She had been born with a silver spoon; always had maids and cooks while he grew up as the oldest son of a farmer saddled with the responsibility of feeding his siblings due to the early demise of his mother and his Father’s refusal to remarry.
“Now, why are you surprised?” he asked
“I am; the rate at which you suggest we eat out these days. If I didn’t know better, I’d say you are tired of my cooking” she pouted
“Hum, that’s a possibility” he cocked his head as though to think “I taught you to cook well  but you took those cooking classes and that changed some of the recipes I taught you. Maybe I am tired of your cooking” he sighed as though he were serious
She hit his chest with her head “You are stuck with my cooking till death do us part.”
“Right, why don’t we order the food? I am too tired to drive”
“I can drive you” she pled
“Let’s eat in…Woman, you drive me crazy already” they made their way out of the kitchen with her hand hanging loosely at his waist
“Why won’t you let me do anything” she knew it was a rhetoric question. 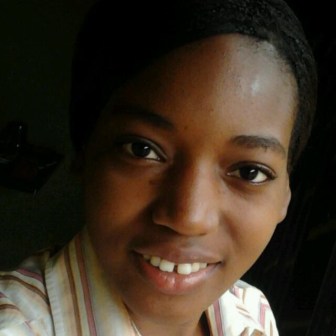 ************
Dotun jogged his way through Queens College and made his way towards Iwaya. The last three years he did this every Monday and Wednesday evenings and Sunday mornings. He didn’t attend church; he had long stopped when he discovered he could make a head way on his own.
Soji his best friend had tried nearly all he could to bring him into the knowledge of God; to him it all seemed constraining like his life was going to be monitored as though he was in a cage. Sometimes, when it felt as though his life was empty, he threw himself the more into his work. His work filled every part of his life. And so he made up his mind to keep going till he got there; to the pinnacle.
Here he was, at the beginning of his life and career; it all seemed so bright and beautiful. And of course, the addition of a girl was not so bad. The possibility of having Mikhail to himself made his heart race.
Her reply to his asking to see her had been “I’d have my people inform you when that could be possible”.  He was left to just wonder how she did it, she made her way like Queen of Sheba into his everyday thoughts.
His phone came to life to indicate an incoming call…
Dotun: Hello! Yes sir, Dusk and Dawn speaking…
Dotun: When can we meet?

*************
“Someone’s got a tan from how is that even possible?” Jamal asked
They sat at the bench viewing pictures on her Samsung galaxy tab and Jamal wasn’t letting Vivian off the hook. He brought out his phone and searched for a picture she took before travelling. “See, you were gone ten days and what do I get?” to answer his own question he changed his deep baritone into a soprano “A Tan”
Vivian pushed him with her left arm and took the tab from him, swipe to another set of Pictures of the beach and little huts “This is Assinie, just around Abidjan and it’s a resort city…the beach is so cool by mid-day with the sun; a paradox actually. I sat at the beach a lot especially during our breaks”
“She sat at the beach what did she do while sitting?”
“Hum, I planned to meditate and brain storm but I got captured in surreal magnificence of the ocean. The ocean and the shore are all times”
“That’s nice” Jamal said
“You know what Jamal? I couldn’t take my eyes off it…it seems stupid but I did that mostly it became part of my day. During the break, I’d take a nap at the beach, which was a highly secured place before you ask. And just seat there, sometimes lost in the wonder of it all… I can’t explain it but it was every bit worthwhile like a soul food.”
“We must give thanks to God, he is the Awesome Wonder” Jamal said “and he will bring you some insight”
“So what’s up for 19th? Rolari and Bimbo said you contacted them about the Tee shirt concept” Vivian asked
“I did, they didn’t like the colours said it was not mind gripping” he rolled his eyes. She giggled.

Mikhail was running late; she didn’t like to be late. Her dad drilled punctuality into them when they were younger, he took them too school and if any child was not ready at 7:30am, there wouldn’t be breakfast for such a child only the lunch box.  At last the bus dropped her at Shoprite, Ikeja. She continued singing Asa’s Be My Man. She made her way towards Bheerhugz where they planned to meet.
After trying close to everything in her wardrobe from Sari to Suits, she had settled for black tank top on jeans with a bowler hat. Dotun stood up as he sighted her; she walked to where he was and hugged him. He pecked both of her cheeks.
She was taken aback by his outrightness, “That’s a hearty welcome, sir”
“Yet it doesn’t express how much I missed you” he made a sad face
“Right” she said as she sat.
“India looks good on you! You sure you didn’t go on a vacation?”
“Well, she said sheepishly, the last days were vacation days, the first days were really terrifying”
He took her hand on the table “That’s all gone now”
“It is, how is business?” she asked
“I can’t talk about that” he said innocently
“And why is that so” curious, she asked
“Because I already have an unfinished business to talk about with you”
“Right” she took a sip of her drink
“So?”
Her mind went to the later first verse of Asa’s song “tonight am breaking mama’s rule”
“Yes” she smiled.