This is a quick story birthed by convesations with some of the brightest minds in this wide…I dedicate this Scenario to Circle of Love family. 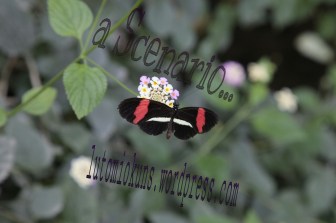 Tade is  a son of God…who understands the dealings of  God over his life. He is a worship leader that is genuinely interested in the orphans. At his final year in university,  he was privileged to attend a Inter-fellowship worship…As he got to the venue, the protocol  official that welcomed him was a lady. They exchanged pleasanties. She directed him to his seat and left.

As he bowed his head to pray, he heard a word “for Zion, I will not rest till I establish him as a Praise”
And Tade burst into worship…believing the Lord was talking abt his destiny… Several weeks later, while Tade was  meditating…he thinks about his ministry and the word he received at the conference, asking what d Lord wanted to do.

And then the holy Spirit tells him…that word was specifically for his marital life. Amused he smiles wonders who the blessed ‘she’ would be.

On his way to class for night reading, he hollas at Bayo his reading partner. As they get to the library entrance. They hear, “Bayo”…and look up and see a lady…”Chelsea” (☺🙈), Bayo calls in return…

He hugs her, how are yu?…you…don’t ever ask of yur cousin, she pouted… As Tade watches the drama, he senses an unusual peace🙈. Bayo faces him and tries to introduce Chelsea to Tade…
Tade says she looks familiar but cant recall…where he got to know her from…

She is quick to remind him abt the worship program she was d protocol official.  That night the trio read at the library.

Later,  Tade began to wonder what was going on…so he prayed…and felt a leading towards Chelsea…

He took this case to his spiritual Father…who said he should give it more time…and get to know her. Fortunately…Bayo’s birthday fell around that period…to make a get together for his last birthday on campus. ..he enlisted d help of Chelsea (for catering) and Tade (logistics)… This marked the beginning of their friendship, having exchanged numbers…to keep up with the successful outcome of the programme.

After the birthday. ..Tade kept in touch with her to ensure he got to know her…and so that his proposal will not spring up on her.

In the course of the friendship Tade discover Chelsea was  from edo state and her mom was an indigene of oyo state. His mother  had always been skeptical abt edo pple. She was a beautiful girl with a brilliant heart towards the Lord.

Chelsea  couldnt seem to get her mind off Tade…funny enough she had not seen him in the past 2weeks, and so she wondered if all was well with him…She had tried praying for him. To no avail, as the feedback she seemed to be getting was that Tade was her mate…this was strange to her as she had never thought of him in that light. In fact, Chelsea had had dreams abt Pastor Kola, the most promininent was of him teaching her to drive. And so, she had set her mind on learning the act and art of being a pastor’s wife.

At this point…she went back to God, her Father. She said “Lord, I seem to be at a crossroad, I have believed Pastor Kola would be my husband based on the dreams I have had. But then again I have this friend Tade whom I am really getting to like and as I have prayed and I seem to be getting signals in his direction.  Please help me Clear my Head! Help my heart! and Sharpen my Spirit’s sensitivity! Only you can do this and I entrust all to you and ask that your will be done in Jesus name, Amen.”

When she resumed school their inter fellowship arm planned an outreach to Orphanages. This was her one greatest desire…to always put a smile on the faces of orphans and motherless children. She was not only surprised to see Tade there but the way he carried  children, bathed babies…played with them..amazed her.She could only see joy from his heart. In the bus on their way home, she said…”Tade, I must confess, I was caught by surprise by heart towards the children today…I thought yu just came becos all fellowships were to participate”

Tade visited his mom and planned taking some plantains to Chelsea as she had sternly warned him to bring something for her on his way back to sch. That evening, he met her roommate with her in the room. Delivered the plantains and wanted to take his leave… As Chelsea escorted him, he asked them to seat on the bench close to her hostel gate so he could watch the sun set. They sat there watching how the lilac sky blended with the orange splashes of the sun, at a point he started talking  quite simply he said ‘I have come to know you as my friend and will like it to be so and even better all the days of my life… give me the honour of beining your husband and friend, Chelsea, marry me.”
Chelsea recalled the conversation she had with Temisan, her best friend who she had asked to join in praying to confirm the will of God. Temisan said “I sense a go ahead for you…however a note of warning came strongly about the purity marriage bed”…

‘Chelsea!..you have not answered my question…
She turned sheepishly and said “Olatade, I can’t imagine the rest of my life without being your friend too. Yes, I will marry you…” the end

Epilogue
Chelsea sat on the sofa the night before her wedding and blessed the Lord for his faithfulness…she remember when the relationship seemed to be at a strain due to her mother-in-law’s beef against Edo people, by the grace of God, that had been sorted out…She and Tade looked forward to starting an NGO called True ReLigion…which is directed at reaching out to orphans.

And their love, daily it waxed on stronger!